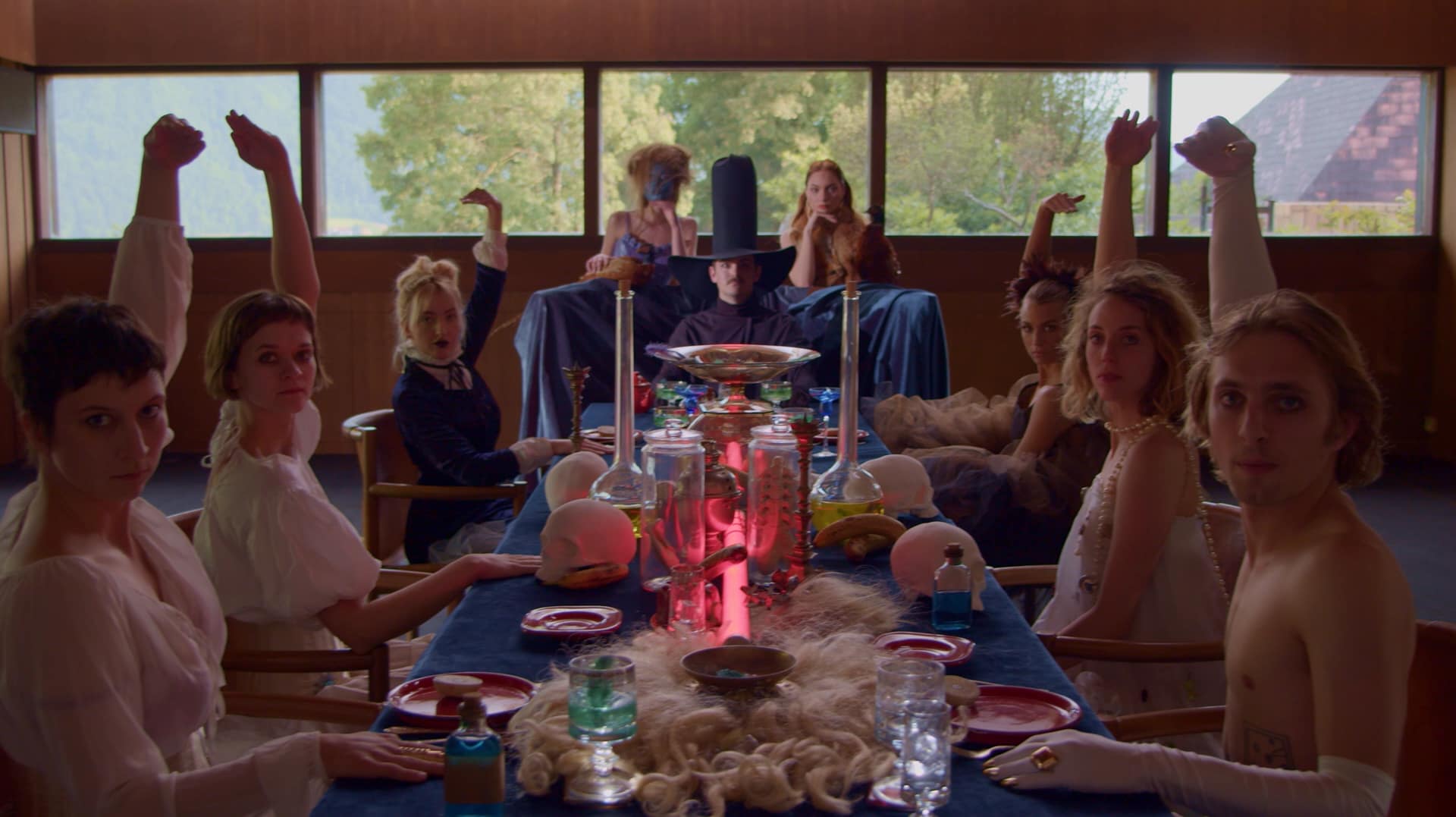 Nemanja / Flags of the Future

Luka Šipetić’s band, with the project ‘Nemanja’, will perform within the Flags of the Future programme unit on Stage 3 in the Creative District, on 30 April at 8 p.m.

‘Nemanja’ is a project by Luka Šipetić, author and musician who recorded and released the albums ‘Tarot Funk’ (2019) and ‘Cosmic Disco’ (2020).

‘Tarot Funk’, their debut, is an instrumental album that Šipetić himself recorded, produced, and mixed in a house near Pula, in January 2019. The album is a homage to the sound of Thai funk, Afro-funk, Anatolian (Turkish) rock of the 70s and Cambodian psychedelic rock of the 60s. The specificity of the album is that the songs were written for specially selected tarot cards, whose symbolism, together with the music, forms a narrative whole that the listener must discover.

The album has so far been presented to the public on radio shows dedicated to world and psychedelic music in the US, Canada, Turkey, Cyprus, Japan, Brazil, Mexico, France, Germany, Russia, Italy, Australia, the UK, and Spain and it was included in Bandcamp Weekly, a list that promotes new musical hopes on the Bandcamp homepage.

Actively playing since June 2019, Nemanja made its way to renowned summer festivals in Croatia, such as Indirekt, Tam-Tam and Velvet festivals, and performed side by side with bands such as Algires and Kikagaku Moyo. During the promotion of the album, they sold out the cult KSET and the Medika club in Zagreb, and they also played in Ljubljana, Belgrade, Novi Sad and throughout the region.

‘Tarot Funk’ was named one of the best albums of the year by well-known music publications and critics across the Balkans. The album was on the prestigious Nacional’s list which is created by over 30 music journalists from the entire Balkan region, on the top lists of the best albums throughout Croatia, including those of the influential portal Ravno do Dna where it was named album of the year and on the lists of music portals from Serbia, Bosnia and Herzegovina, Slovenia, Germany, France, and the United Kingdom. The album ended up on the list of the world’s best music in the United Kingdom, Germany, and France.

Their second album, ‘Cosmic Disco’, was written, recorded, and produced by Šipetić as a musical response to the Tibetan Book of the Dead. Describes the experiences that take place after ‘Tarot Funk’ – in the bardo, the interval between death and the next rebirth described in the Book of the Dead. The album celebrates life, and focuses on 70’s discos, Chica Cumbia, Yugoslav funk, afrobeat and Lebanese disco, and includes pop-oriented lyrics.

The album, which was announced in July 2020 with the single Daw Yen, was quickly met with positive reactions from audiences and critics.

Two months after its release, the songs from the album ‘Cosmic Disco’ were on the world’s top music charts in France and Germany, and they were published in the October issue of the best magazine dedicated to world music – British Songlines, as well.

Šipetić also composes film music. During Dani hrvatske kinematografije (Days of Croatian Cinematography), he was awarded for the best music for film, and with the band Pastele, he was nominated for the best upcoming electronic performance at the Ambasador, an award ceremony for EDM musicians.

The ‘Flags of the Future’ programme is sponsored by: IDEA, DDOR, and A1 Srbija.

Flags of the Future