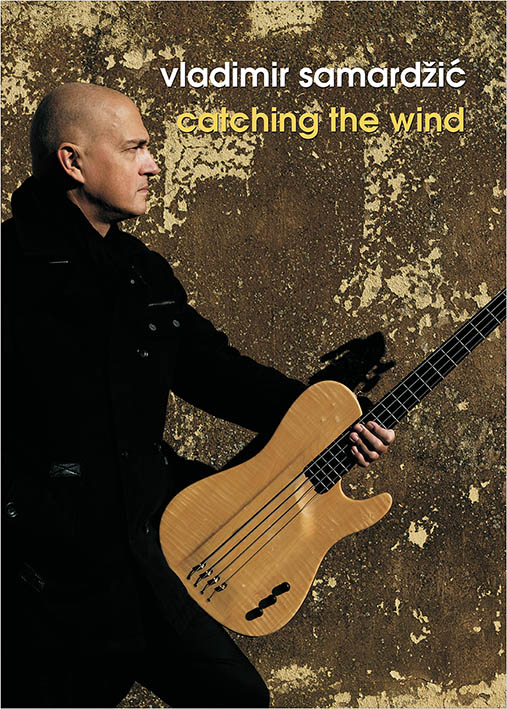 Vladimir Samardžić Trio concert will be held Music Stage 2 in the Creative District on 1 September at 8.30 p.m. within Kaleidoscope of Culture.

“The first album of Vladimir Samardzic in the format of a guitar trio sets him up as a strong leader in composition with a clear stylistic vision. From the first song of Grisignana and the magical voice of Thana Aleksa, he invites the listener on a journey that is hard to resist. It leads through different and exciting paths, atmospheres, and images that leave no room for doubt and indifference. In the first part of the album, CATCHING THE WIND, his collaborator on nylon strings is the Brazilian guitarist, Marco Antonio da Costa, while in the second part, his old friend Nenad Gajin is on the electric guitar. Each of them has brought a unique sound and energy. For this recording, Vladimir reunited with his favorite drummer Dado Marinkovic, creating a strong and rich rhythmic base, while the cooperation with percussionist Andrej Krstic in two duet songs brought new and interesting musical landscapes throughout this windy trip. In the end, leaving Siena, a traveler full of impressions has a lot to carry with, to remember, to feel.”

“Mature. Powerful. Diverse. This is not the usual “Bass album”, it is full of music of different sensibilities and that makes it special. I listened to all the material in one breath.”

As the bassist of the iconic rock group SMAK (1995-1997, album ‘Bioskop Fox’ 1995), he gained his first serious concert experiences, and as a long-time member of the Balkan jazz fusion Vasil Hadžimanov Band (2000-2010), with whom he recorded four albums, he performed widely across region and Europe, as well as in Nagoya (Japan) in 2005. With Slobodan Trkulja’s ‘Balkanopolis’ band (2002-2005), he played at a large number of European world music festivals.

With his original jazz quintet PANNONIA PROJECT, he released the album THE BRIDGE, where he presented himself as a composer and arranger for the first time. He was a member of the Croatian electric jazz quartet CHEWBAKKA 4. He performed several times in all large concert and sports halls in Serbia and the region, as well as on large open-air stages in front of tens of thousands of people.

He cooperated with one of the most famous accordionists in the region, Borko Radivojević, on the ‘Balkan world music’ project – Borko Radivojević Orchestra. The first edition of the web portal and magazine – BASISTA – was published, in which Vladimir start working as a columnist. At the invitation of the world-famous trombonist Luis Bonilla, he becomes a member of his European quintet. In the same year, he started recording his first solo album ‘Catching the Wind’ with Croatian drummer Dado Marinković and guitarists Nenad Gajin and Brazilian Marc Antonio Da Costa.

For many years he has been active as a bass guitar instructor, lecturer at ‘Bass Workshop’ workshops in Serbia and the region, as well as at international jazz music seminars. With drummer Branko Popović, he holds the first two-day Seminar for drummers and bassists – BiB, unique in this region.

Vladimir Kostadinovic, award winning drummer (Tuscia in Jazz 2008 Italy, Jimmy Woode Competition) bandleader, composer & arranger is one of the Europe jazz music scene’s most sought after drummers, started his musical education at the age of five when he began studying classical accordion and drums. Drums has always been his real love and he wanted to pursue it, with a passion! Vladimir ranks high among drummers who are versatile and savvy enough to play different styles of music, as a sideman and with his own projects. In August 2009 he was invited to perform with a master of organ hammond B3 Tony Monaco. During that time Vladimir also formed his own quartet with Jimmy Greene, Danny Grissett and Matt Brewer which featured his own compositions. In 2009 he went into the studio in New York with his band and recorded his first CD “COURSE OF EVENTS”. Shortly thereafter he joined the band Antonio Farao Trio, with whom he is currently playing and traveling all over Europe. Vladimir also recorded his second album as a leader “THE LEFT SIDE OF LIFE” live at the Generations Jazz Festival in Frauenfled Switzerland, which was released for one of the most prestigious jazz record lables in Europe ENJA Records. He published 2 CD’s under his own name and recieved rave reviews all over the globe among others in the influential Modern Drummer, Jazz Times, Jazzthing, Jazzpodium and All about jazz Web portal,etc. In last few years, Vladimir has also gone on to put his musical talents to work.

You can see the entire musical program of the opening of the Kaleidoscope of Culture at this link.