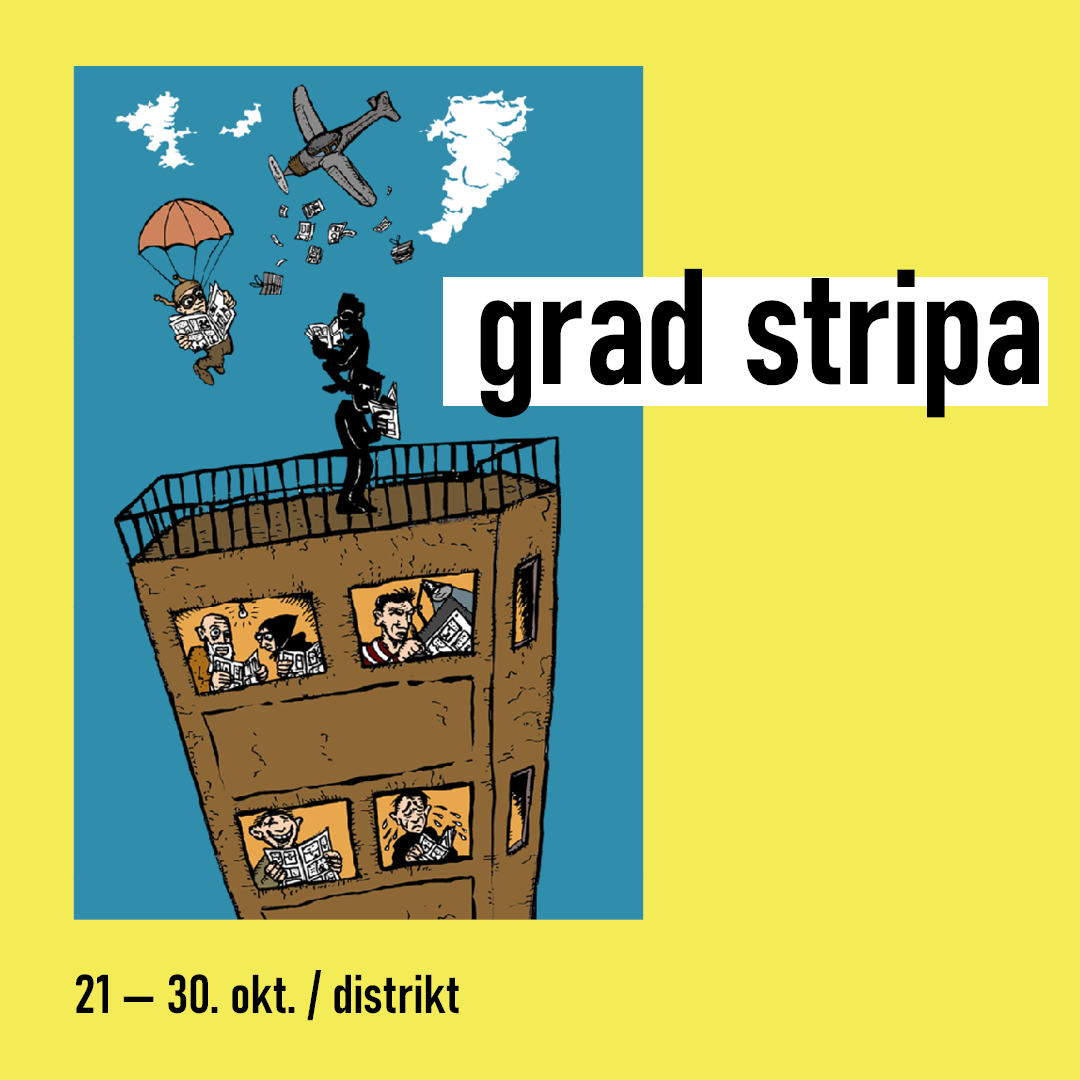 The programme unit ‘Comic Book City’ will gather the most significant artists who will, playing with this form of art, present its new forms, in the District, Youth Theatre and the Museum of Contemporary Art of Vojvodina, from 21 to 30 October.

Novi Sad has always been the city of the ninth art, where some contemporary world-famous comic book artists started their careers. Therefore, we put the European Capital of Culture in line with the European comic book trends in the District, the former industrial zone of the city and a symbol of alternative cultural trends. That is where we gather the creators of the art of word and image, playing with other familiar art forms.

Exhibition of Comic Panels by Stevan Subić
22 – 30 October / the District at Skladište building, from

May the Children on the Street Play with Your Eyes!
28 October – 27 November / Installation / District 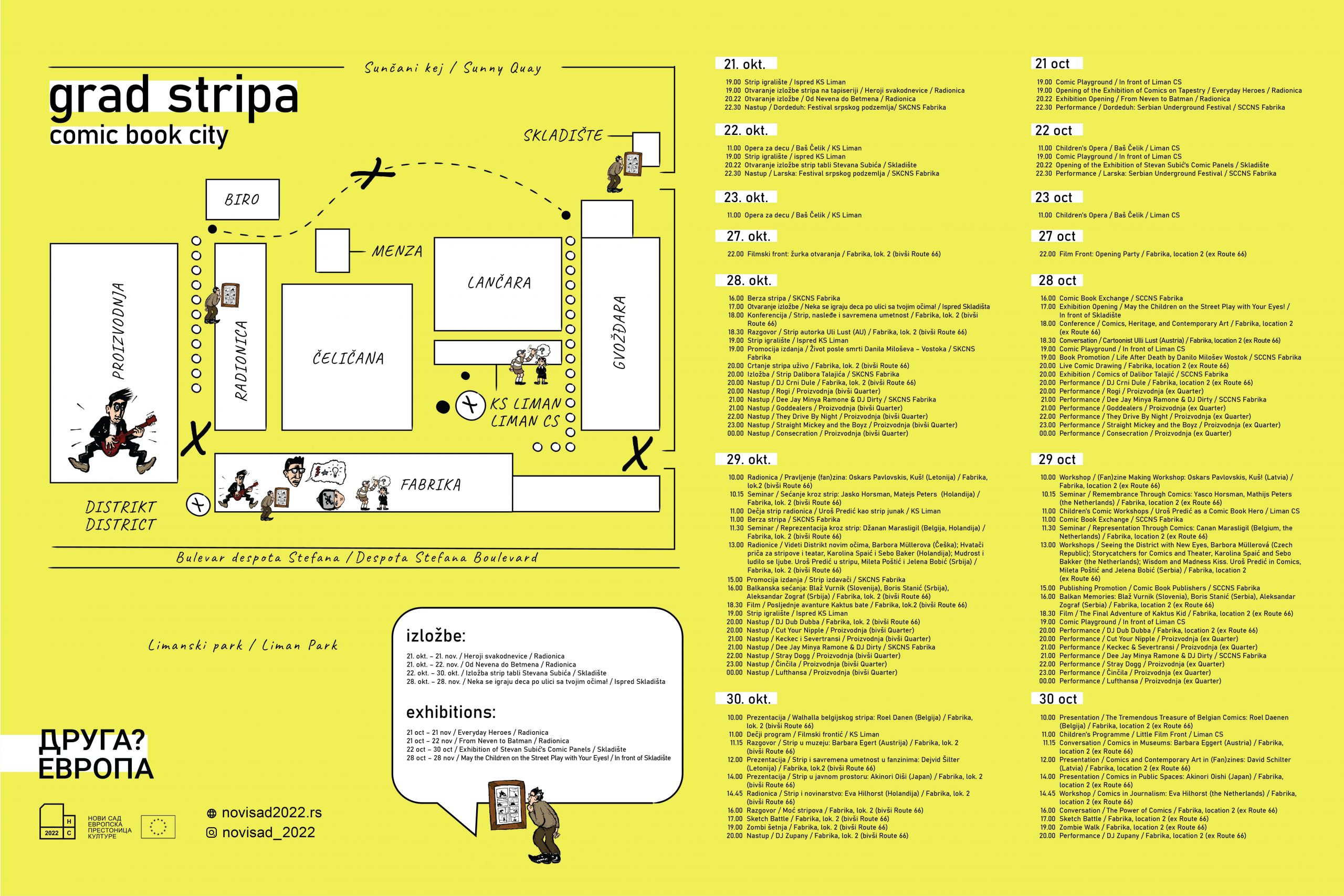 The Comic Book City is taking place within the Other? Europe programme arch, presenting the grand finale of the European Capital of Culture. It lasts from 7 October to 27 November.