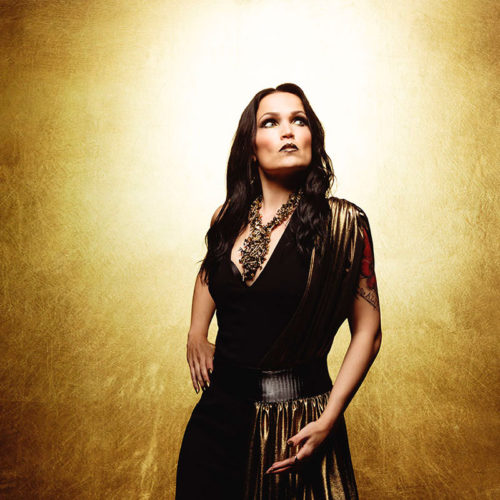 The brightest star of the symphonic rock scene, Tarja Turunen, will perform at the first ‘Vila’ festival in the heart of the oldest national park, Fruška Gora, in Vrdnik on 4 June at 11 p.m..

A soprano singer, composer and songwriter, she achieved international fame as a co-founder of the Finnish symphonic metal band Nightwish, and for nine years she was its voice and face, winning gold and platinum records in several countries.

The unique combination of metal music with Tarja’s soprano spawned a new genre which quickly gained critical and commercial popularity and inspired many other metal bands and performers. But singing only other people’s creations was not her destiny, and her talent could fully flourish only outside that framework. Tarja had to walk alone.

Finally free to follow her inspiration, heart and dreams, Tarja started her own solo career successfully focused on classical and rock music. Since 2005, she has been dedicating every December to spreading the magic of her Christmas shows in Finland and abroad.

Her Christmas album Henkäys Ikuisuudesta’s won a double Platinum Record Award in Finland and was voted ‘Christmas Album of the Year’ by all local radio stations in the country. Tarja’s classical performances are not limited to Christmas performances, as over the years she has performed chamber music concerts with orchestras and various ensembles in many countries. She also walked the famous opera stage of Olavinlinna Castle twice at the Savonlinna Opera Festival in Finland, performing with Raimo Sirkiä and José Cura. The latest outcome of Tarja’s deep love for classical music was the recording of her first classic studio album ‘Ave Maria – En Plein Air’ at Lakeuden Risti Church in Seinäjoki, Finland, released internationally in 2015 with rave reviews.

Tarja’s impeccable ability to combine rock and classical music found the perfect combination in her project ‘Beauty and the Beat’ in collaboration with American drummer Mike Terrana. Accompanied by a symphony orchestra and choir, the tour presented a unique programme that included, among others, Puccini, Mozart, Bach, Led Zeppelin, Queen, and her own songs. A step forward after successful experiences at the ‘Classic and Divine’ in Miskolc in Hungary in 2010 and at the ‘Masters of Rock’ festival in the Czech Republic in the same year, but not the last. Tarja once again shared the stage with the Symphony Orchestra and Choir for a special orchestral tour in Russia in March 2016, and in August of the same year she was also invited as a soloist by Kymi Sinfonietta in Finland to open the autumn season with two concerts: one in Kotka Concert Hall and open air one at Kouvola Night of Arts. The second concert gathered over 15,000 people in the city centre, the record attendance for both the orchestra and the concert.

There has also been a lot of collaboration and accompanying projects for Tarja over the years, from the electronic project Outlanders, and song lyrics inspired by writer Paul Coelho, to a tour with Alice Cooper. Tarja successfully collaborated with Within Temptation, No. 1 Dutch symphonic rock band, on their song ‘Paradise’ with more than 18,000,000 views on YouTube, German electronic artist No. 1 Schiller with whom Tarja wrote together a song nominated for a Grammy Award in the USA, hard rock legend Doro Pesch, the greatest German rock band of all time, Scorpions, and with the British father of the renowned Tubular Bells, Mike Oldfield, with whom she wrote a song inspired by and recorded in Antigua. Her latest collaboration was with the German band Schandmaul for the song ‘Zu zveit allein’.

Tarja was nominated for an Emma Award in Finland in 2006 and 2007 and an Echo Award in Germany in 2007, and she is the first Finnish solo artist to reach a gold record status in Germany, furthermore, she’s the only to do it both in a band and as a solo artist.